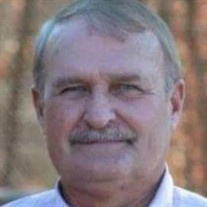 A visitation will be held from 5:00 p.m. to 7:00 p.m. on Wednesday, December 23, 2020 at Ralph O. Jones Funeral Home, 306 S. 2nd St., Odessa, MO, 64076. Mask are required and social distancing observed. A graveside inurnment at the Missouri State Veterans Cemetery in Higginsville, MO will be held at a later date. In lieu of flowers, memorials are suggested to the animal shelter of your choice. Arrangements have been entrusted to Ralph O. Jones Funeral Home, 306 S. 2nd Street, Odessa, MO, 64076, 816-633-5524. Memories of Wayne and condolences for his family may be left at www.LedfordFamilyFH.com or on our Facebook Page.

Wayne was born on July 5, 1949 in Odessa, MO to E. Thurston and Edith (VanMeter) McNeel. He graduated with the Odessa High School class of 1967. Wayne was drafted into the United States Army and served in Vietnam. He earned the National Defense Service Medal, Vietnam Service Medal and Vietnam Campaign Medal. On July 12, 1986 he married Marilynn (Loeb) McNeel in Raymore, MO. Wayne and his brother owned a construction company D&W construction for several years. Wayne and Marilynn also owned several rental properties. He was a member of the First Baptist Church in Odessa. In addition to spending time with family and friends, Wayne enjoyed car races, riding his trike, target shooting, and visiting with his friends.

Wayne was preceded in death by his parents, a daughter in infancy, Victoria McNeel and a sister, Judy Steelman.


To order memorial trees or send flowers to the family in memory of Wayne Guy McNeel, please visit our flower store.