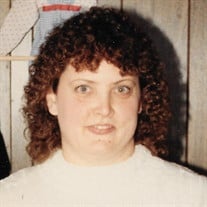 Wanita June Forth, 64 of Odessa, Missouri passed away on Wednesday, April 18, 2018 at the Holden Manor in Holden, MO.

Funeral services will be held at 2:00 p.m., Sunday, April 22, 2018 at the Ralph O. Jones Funeral Home, 306 S. 2nd St., Odessa, MO, 64076, 816-633-5524. Visitation will be held one hour prior starting at 1:00 p.m., Sunday April 22, 2018 at the funeral home. Inurnment will be in the Cable Ridge Cemetery at a later date. Memorials are suggested to the Seventh-day Adventists Church in Oak Grove, MO or to the Warrensburg Area Career Center Practical Nursing School in care of Ginger Johnson. Condolences for the family and memories of Wanita may be left at www.ralphojones.com or on our Facebook Page.

Wanita was born on June 9, 1953 in Kansas City, MO to Everleigh and Beverly (Schalue) Markham. She graduated in 1971 from Grain Valley High School in Grain Valley, MO. On January 6, 1991 she married Larry D. Forth in Odessa, MO. He preceded her in death on September 5, 2001. Wanita retired from Haldex in Grain Valley. She was a member of the VFW Ladies Auxiliary Post 5675 in Odessa.

Survivors include two sons, Kenneth Turner and wife Rose of Gladewater, Texas and Karl Turner and wife Tina of Lee’s Summit, MO; two grandchildren, William and Logan Turner both of Lee’s Summit, MO; two brothers, Paul Markham of Independence, MO and Andy Markham of Blue Springs, MO; brother-in-law and sister-in-law, Wes and Judy Rowden of Vandalia, MO and a cousin, Ginger and D.G. Johnson of Holden, MO; and many nieces, nephews and cousins.

Wanita was preceded in death by her parents, husband and a brother, Bryan Markham


To order memorial trees or send flowers to the family in memory of Wanita June Forth, please visit our flower store.