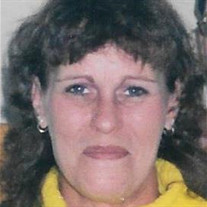 Trudy was born on November 3, 1961 in Lexington, MO to Donald and Judith (Wakeman) Shier. She graduated in 1980 from Odessa High School. Trudy was employed with Casey’s General Store most recently and prior to that she worked at Powell Garden’s and the IRS in the catering department. She had a love for flowers and enjoyed raising her own vegetable garden. Trudy enjoyed spending time with her friends and family. She will be greatly missed.

In addition to her parents, Trudy was preceded in death by a brother Steven Shier.


To order memorial trees or send flowers to the family in memory of Trudy Lynn Clemons, please visit our flower store.