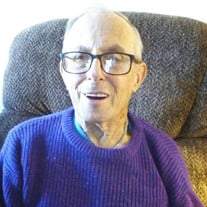 Theodore “Ted” Evan Dorset, 77, of Odessa, Missouri passed away on Wednesday, January 23, 2019 at his home surrounded by his family.

Ted was born on March 16, 1941 in Alexandria, Virginia to Francis and Elsie (Rodgers) Dorset. He was raised in Norfolk, VA by foster parents, Floyd and Georgia Farr. He graduated from Maury High School in Norfolk. On July 3, 1966 he married Judith Ann (Jett) Dorset in Kansas City, MO. Ted retired from the United States Postal Service in 1998 after 38 years of service as a Data Technician. He loved gospel music and yes classical music. He also loved to read books, listen to shortwave and camping as the children were growing up. Ted and Judith did a lot of traveling all over the U.S., Canada and Galapagos Islands. He was a member of the First Baptist Church, served as a deacon and taught Sunday school for many years. Ted went on several mission trips with the youth. He loved electronics and in his later years he worked on computers. Ted loved living in the country for many years south of Bates City until moving to Odessa in 2014 due to health concerns.

In addition to his wife Judith Ann Dorset of Odessa, MO, survivors include two children, Timothy Dorset and wife Julie of Kansas City, MO and Tracy Wilson of Odessa, MO; three grandchildren, Caleb Dorset, Colby Wilson and Bailey Bryant; and a sister Connie Fehrman; and many nieces and nephews.

In addition to his parents, Ted was preceded in death by a grandson, Payton Wilson and two brothers, Larry and Francis Dorset, Jr.


To order memorial trees or send flowers to the family in memory of Theodore "Ted" Evan Dorset, please visit our flower store.