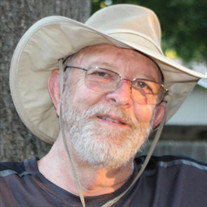 Steven Michael Logan, 71, of Odessa, Missouri, went to be with his Lord on Saturday, March 27, 2021, at Research Medical Center in Kansas City, MO.

Steven was born on June 17, 1949, in Long Beach, CA to Edward and Audrey Jean (Shaw) Logan. He graduated from Milliken High School in Long Beach. Steven received his Associate Degree from Long Beach City College and his bachelor’s and Teaching Degree from Long Beach State University. On August 29, 1970, he married Mary Alice Macosek in Long Beach. Steven worked as a teacher and coach for a few years before moving to Missouri in 1977. In 1982, he began working for A Lot A Clean, Inc. and in 2009, Steven became a co-owner of the company. He was a member of The Crown Church in Odessa. Steven had a passion for church and for teaching children. He was active in teaching in the Good News Clubs in the local elementary schools. Steven was also passionate about sports and coached many various leagues and groups throughout his life. In addition to spending time with his family and friends, Steven enjoyed camping, world traveling, gardening, and working in his orchards.

In addition to his father, Edward Logan; Steven was preceded in death by his parents, Audrey and Frank Herrick, his brother, Frank Herrick, and his sister, Shelly Czapla.
To order memorial trees or send flowers to the family in memory of Steven Michael Logan, please visit our flower store.