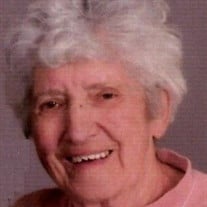 Sharron was born on March 24, 1939, in Odessa, MO to George Allen and Cleo Ann (Peal) Hobbs. She graduated in 1957 from Odessa High School in Odessa, MO. On June 23, 1960, Sharron married Orville Lee Day in Odessa. She was a member of Calvary Baptist Church. Sharron retired from Odessa Junior High School as a Secretary after 17 years. In addition to spending time with family and friends, Sharron enjoyed riding motorcycles with her husband Orville, traveling, camping, sewing, cooking, but most of all spending time with her grandchildren and great-grandchildren.

In addition to her parents, Sharron was preceded in death by a son, Jeffrey Duane Day; a granddaughter, Lauren Ann Bainbridge; and four sisters, Eleanor Specker, Frances Halsey, Norma Gadd, and Shirley McNeece.


To order memorial trees or send flowers to the family in memory of Sharron Lynn (Hobbs) Day, please visit our flower store.