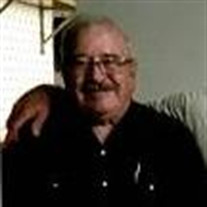 Sanford “Sandy” Wayne Tribble, 82, of Odessa, Missouri passed away on Sunday, August 25, 2019 at the University of Kansas Hospital in Kansas City, Kansas.

Sanford was born on July 5, 1937 in Hannibal, MO to Sanford M. and Mildred (Childs) Tribble. He graduated from Hammond Tech in Hammond, Indiana. Sanford went on to obtain his bachelor’s degree. On June 8, 1958 he was united in marriage to Linda Lee (Glass) Tribble in Hammond, IN. They later divorced but remained close friends until her death. Sanford was a welding specialist, and most recently was working for Track-Weld. He was a member of the First Christian Church in Griffith, IN, the American Welding Society and was a Mason. In addition to spending time with family and friends, Sanford enjoyed fishing, golfing and traveling.

In addition to his parents Sanford was preceded in death by a sister, Joann Phipps.


To order memorial trees or send flowers to the family in memory of Sanford "Sandy" Wayne Tribble, please visit our flower store.