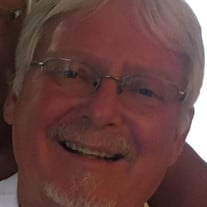 Joe was born on September 14, 1956, in Denver, Colorado to Andrew “Jack” and Delores (Wright) Runyon. Joe grew up and graduated from Odessa High School in 1974. He spent his working career as a Machine Technician for 45 years before retiring from GPI Gaming in 2021. Joe was a member of the VFW Post #5675 Auxiliary of Odessa. In addition to spending time with his family and friends Joe enjoyed hunting, fishing, and mushroom hunting.

Joe is preceded in death by his parents and sister, Sharon Haney.


To order memorial trees or send flowers to the family in memory of Russell Joe Runyon, please visit our flower store.