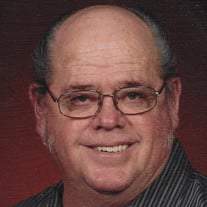 Dale was born on September 5, 1942 in Warrensburg, MO to James Roy and Naomi G. (Huff) Parsons. He graduated in 1961 from Odessa High School. Dale served in the Missouri National Guard. On July 22, 1977 he married Dora May (Barker) Parsons in Odessa, MO. She survives of the home. He worked a short time at the GM Leed’s Plant in Kansas City, MO. Dale retired in 1996 after 30 plus years from Les Mitchell Quarries in Bates City, MO. He was a member of the Calvary Baptist Church in Odessa. In addition to spending time with his family and friends, Dale enjoyed hunting, fishing, wood working, collecting antique toys and Pepsi memorabilia, also watching his nephew’s high school wrestling matches.

In addition to his father, Dale was preceded in death by his step-father, Les Mitchell; and two brothers, Terry Mitchell and James Allen Parsons.


To order memorial trees or send flowers to the family in memory of Roy Dale Parsons, please visit our flower store.