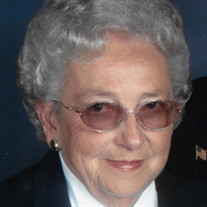 Rose was born on May 6, 1929 in Leavenworth, KS to Edward Charles Alig, Sr. and Elizabeth (Werner) Alig. She was united in marriage to Phelps M. Donald on September 9, 1949 in Leavenworth, KS. After 64 wonderful years of marriage, Phelps preceded her in death on April 11, 2014. Rose worked for Sam’s Department Store in Raytown for 15 years. She also sold real estate in the Raytown area for many years. She was a member of the St. George Catholic Church and the St. George Altar Society. Rose served as a Girl Scout Leader. In addition to spending time with her family and friends, Rose enjoyed crafts, fishing, gardening and anything outdoors.


To order memorial trees or send flowers to the family in memory of Rose Marie Donald, please visit our flower store.