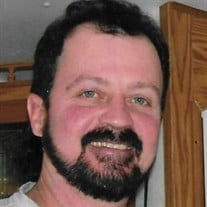 Roland was born on September 12, 1958, to Estel Parshall and Shirley Joan (Adams) in Mitchell, South Dakota. He graduated from Oak Park Hill High School in Gladstone, MO. Roland worked as a carpenter. He was a member of Jaycee’s of North Kansas City. In addition to spending time with family and friends, Roland enjoyed cooking, hunting, and fishing.

Roland was preceded in death by his father, Estel Parshall; and a brother, Craig Parshall.


To order memorial trees or send flowers to the family in memory of Roland Estel Parshall, please visit our flower store.