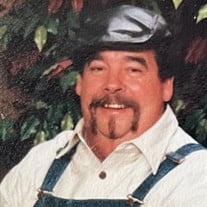 Robert "Bob" Peterson passed away on February 15, 2022 at the age of 69. His battle with serious medical issues in recent years showed his courage in facing life challenges. Despite the pain, Bob stayed strong until the end.

Bob was an avid collector and saw value in the treasures of the past. His extensive collections brought him great joy and were second only to the family he loved dearly. Bob was generous and was known to help others in need, such as sharing a Thanksgiving plate with his elderly neighbors.

In 1970, Bob met Anne Steinhaus and her 2 children David and Deanne in Lexington, MO. They were married in 1975 and quickly after Bob adopted David and Deanne as his own. Later in years, they expanded their family with Angela and Robert Scott. Bob provided for his family by antiquing and working for the City of Lexington and Alliance for over 32 years before retiring in 2009.

Bob will be honored in a celebration of life ceremony February 27, 2022 at 2:00pm at the Walker Nadler Fuller Funeral home on South Street in Lexington, MO.

In lieu of flowers, memorials may be made to St. Jude Children's Research Hospital or Shriner's Hospital for Children.


To order memorial trees or send flowers to the family in memory of Robert Lee Peterson, please visit our flower store.