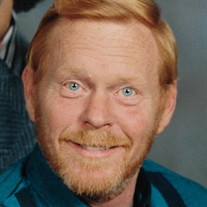 Visitation will be held from 10:00 a.m. to 11:00 a.m., Wednesday, June 19, 2019 at the Ralph O. Jones Funeral Home, 306 S. 2nd St., Odessa, MO, 64076, 816-633-5524. Funeral services will be held at 11:00 a.m., Wednesday, June 19, 2019 at the funeral home. Burial will be in the Greenton Cemetery. In lieu of flowers memorials are suggested to the Greenton Cemetery Association. Memories of Mike and condolences for his family may be left at www.LedfordFamilyFH.com or on our Facebook Page. Pallbearers will be Joe Redden, Pat Redden, Trent Begemann, Mike Begemann, Nathen Pardee, Kenny Day and Chuck Redden. Honorary Pallbearers will be Orville Day and Fred Day.

Mike was born on December 26, 1948 in Stanberry, MO to Robert “Bob” Redden and Dorothy (Boner) Redden. He graduated in 1966 from Odessa High School. On June 7, 1968 he married Linda (Hyatt) Redden in Wellington, MO. She preceded him in death in February 9, 2009. Mike worked for Hallmark Cards and then owned and operated a bulk fuel truck until mid-1980’s. Mike owned and operated Redden Service Station from 1985 to 2012. He was also a Police Judge in the 1970’s and was a volunteer fire fighter for 20 plus years, retiring in 1994. Mike was an avid Bulldogs fan and was very honored to have played on the undefeated 1965 Bulldogs football team. In addition to spending time with family and friends, Mike loved riding his Harley and was an avid NASCAR fan.

Mike was preceded in death by his parents.


To order memorial trees or send flowers to the family in memory of Robert "MIke" Michael Redden, please visit our flower store.