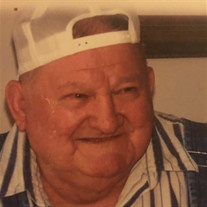 Robert “Bob” Allen McAfee, 88 of Odessa, Missouri passed away on Saturday, May 11, 2019 at home surrounded by loved ones.

Visitation will be held from 1:30 p.m. to 3:00 p.m. Sunday, May 19, 2019 at the Ralph O. Jones Funeral Home, 306 S. 2nd St., Odessa, MO, 64076, 816-633-5524. A Memorial Service will follow at 3:00 p.m. with Reverend Terry Hodges officiating at the funeral home. Inurnment will be held at a later date in the Big Creek Cemetery in Bosworth, MO. Memorials are suggested to the Odessa VFW Post 5675 or the First Baptist Church in Odessa, MO. Memories of Bob and condolences for his family may be left at www.LedfordFamilyFH.com or on our Facebook page.

Bob was born on February 20, 1931 in Excelsior Springs, MO to Chesley and Adamae (Sisk) McAfee. He graduated in 1949 from Hardin High School in Hardin, MO. Bob was a Veteran and served in the United States Marine Corps. And served from April 4, 1952 until he was honorably discharged on March 19, 1954. He earned the National Defense Service Medal, Korean Service Medal and the United Nations Service Medal. Bob was a lifetime member of the VFW Post 5675, American Legion and over fifty years as a Master Mason of the Grand Lodge of Missouri. On October 1, 1952 Bob married Demma Jo (McFadden) McAfee in Bosworth, MO. He retired in 1994 from the Pipefitters Union Local 101. Bob started his own pipefitting company, RAM Co. in 1974 after moving to Odessa in 1972. In 1978 Bob went on to join the Local 101 and worked in various places throughout his career including Iran. He was a member of the New Garden Baptist Church in rural Excelsior Springs, MO.

Survivors include his wife of the home; one son, Douglas Allen McAfee, of Odessa; three daughters, Vicki Stubblefield of Odessa, Kim Amos and husband Ralph of Grain Valley and Lori Mitchell and husband Dennis of Odessa; 10 grandchildren and 13 great-grandchildren; a sister Gloria (McAfee) Parker of Winston; a brother, Chesley K. McAfee of Independence; and many nieces and nephews.

In addition to his parents, Bob was preceded in death by an infant son and daughter and a grandson, Joshua A. Amos.


To order memorial trees or send flowers to the family in memory of Robert "Bob" Allen McAfee, please visit our flower store.