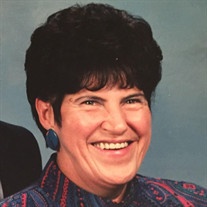 Reba was born on February 16, 1936 in Chapel Hill, MO to Daniel Martin and Georgia Ann (Booker) Murry. She was united in marriage to Don Owings on October 22, 1977 at the First Christian Church in Odessa. She worked for Western Electric and then retired from Union Carbide in Kansas City, MO. Reba was a member of the First Christian Church and the Christian Women’s Fellowship. She and Don enjoyed traveling the world. In addition spending time with family and friends, Reba enjoyed getting together with the girls to play cards.


To order memorial trees or send flowers to the family in memory of Reba Owings, please visit our flower store.