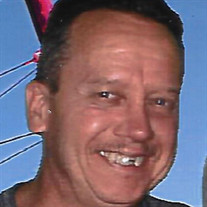 Michael was born on August 12, 1962 in Kansas City, MO to Robert F. and Marian F. (Baker) Van Vleck. He graduated from Ruskin High School in Kansas City, MO in 1980. Michael was united in marriage to Sherry Ann Strohmeyer on August 3, 1985 in Ruskin Heights, MO. He worked as a real estate property manager. Michael was an avid supporter of the Missouri Special Olympics for the last 25 years, and helped as a coach, mentor, and with sports camp. In addition to spending time with family and friends, Michael enjoyed bowling. He loved gardening his own peppers and tomatoes, adding extra spice to his cooking and to life. Michael was the textbook definition of “Dad,” socks with sandals, green New Balance shoes, and cheesy jokes. He was a son and brother that you could always count on to help without being asked.

Michael was preceded in death by his father.


To order memorial trees or send flowers to the family in memory of Michael Lynn Van Vleck, please visit our flower store.