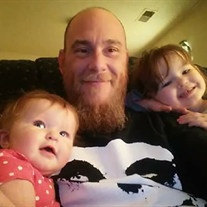 Michael Wayne Beard, Jr., 44, of Lexington, passed away November 13, 2018 at his home. The family has chosen cremation with a Celebration of Life at a later date.

Michael was born August 20, 1974 in Richmond to Michael Beard, Sr and Laura (Lee) Beard. He was a lifelong area resident and attended Lexington Schools. He worked as a tattoo artist.

Michael is survived by his father; daughter, Codie Horton of Excelsior Springs; brother, Brian Beard of Independence; and four grandchildren. He was preceded in death by his mother.


To order memorial trees or send flowers to the family in memory of Michael Wayne Beard, Jr., please visit our flower store.