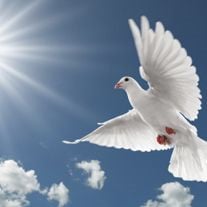 The family will host a Celebration of Life at a later date. Memories and condolences for the family may be left at www.ralphojones.com or on our Facebook Page. Arrangements have been entrusted to the Ralph O. Jones Funeral Home, 306 S. 2nd St., Odessa, MO, 64076, 816-633-5524.

Mary was born on May 21, 1927 in Independence, MO to Guy and Mary Lucille (Foulks) Hurshman. She was married to Earl Benton Wilson. He preceded her in death. Mary was a homemaker. She was a member of the Community of Christ in Oak Grove, MO. In addition to spending time with her family and friends, Mary enjoyed crafts, canning and working on the farm.

In addition to her parents and husband, Mary was preceded in death by two sons, Hiram “Benny” Wilson and Earl Guy Wilson; a grandson, Earl Thomas Wilson; and a brother Larry Hurshman.


To order memorial trees or send flowers to the family in memory of Mary Ethel Wilson, please visit our flower store.