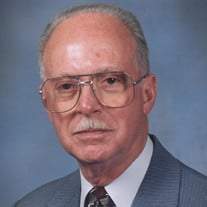 Marvin “Marv” Hugh Martin, 85 of Odessa, Missouri passed away on Sunday, August 5, 2018 at The Parkway in Blue Springs, MO.

Marv was born on December 16, 1932 in Kansas City, MO to Frank Marvin and Florence (Semien) Martin. He graduated from Blue Springs High School in Blue Springs, MO. Marv was a Veteran of the United States Navy. He married Cynthia Lee (Franklin) Martin on November 1, 1958 in Raytown, MO. He retired from TWA Airlines as an Engineer after 29 years of service. Marv was member of the First Baptist Church in Odessa, MO. In addition to spending time with his family and friends, Marv enjoyed working on his Zenith Airplane that he was building. He also enjoyed flying, hunting and fishing.

Marv was preceded in death by his parents.


To order memorial trees or send flowers to the family in memory of Marvin Hugh Martin, please visit our flower store.