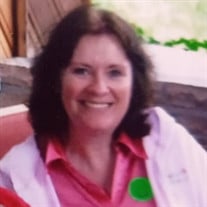 Services are pending. Please check back for updated information.

Memories of Linda and condolences for her family may be left at www.LedfordFamilyFH.com or on our Facebook Page. Arrangements have been entrusted to Ralph O. Jones Funeral Home, 306 S. 2nd Street, Odessa, MO, 64076, 816-633-5524.

Linda was born on January 2, 1959, to Marvin and Dorothy (Jones) Arndt in Marshall, MO. On February 11th Linda was united in marriage to Bruce Washam in 2006. She worked as a Librarian and Branch Manager for the Trails Regional Library for 19 years.
In addition to spending time with family and friends, above all she loved her grandchildren.

Linda was preceded in death by her parents and two brothers, Marvin Arndt, Jr. and David Arndt.


To order memorial trees or send flowers to the family in memory of Linda Diane Washam, please visit our flower store.