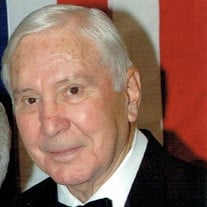 Lieutenant Colonel James Albin Shelby, 95 of Lexington, MO passed away on Friday, June 28, 2019 at the Meyer Care Center in Higginsville, MO. Visitation will be held at Walker-Nadler-Fuller Funeral Home Wednesday, July 3, 2019 from 10:00 a.m. to 11:00 a.m. Funeral service will start at 11:00 a.m. Burial with military rites will be in the Lexington Memory Gardens Cemetery in Lexington, MO. Memorials are suggested to Sons of the American Revolution- Martin Warren Warrensburg. Memories and condolences may be left on our website www.ledfordfamilyfh.com or on our Facebook Page.

Lt. Col. Shelby was born in Lexington on November 26, 1923, the son of Margaret Fisher and Eugene William Shelby. After graduating from Lexington High School he was employed at Consolidated Aircraft in San Diego, California. He entered the Army in February 1943 and remained in the Army until retirement in 1970. During WWII he was an enlisted soldier and rose in rank from private to Sergeant First Class. His military service included WWII in North Africa, in Assam, India (CBI) Theater as a Sergeant First Class. After the war he was assigned to Fourth Army Headquarters Ordinance section doing bomb disposal in clearing Army Fort’s artillery areas and explosive areas of unexploded munitions. Shelby attended Army Officer School and was commissioned an Officer in August 1948. He attended Army Parachute Training School and eventually earned his Master Parachute wings. He then served in the Korean Conflict and later in the Dominican Republic Campaign. Col. Shelby served 10 years overseas and served with the 82nd Airborne Division, 1st Calvary Division, 24th Infantry Division, Korean Military Advisory Group (KMAG) and the XVIII Airborne Corps. His last assignment was J-4 (logistics) on the staff of U.S. Forces Azores. He was awarded several military decorations during his service. He is a life member of VFW, American Legion Military Officer World Wars, Military Officers Association of America, Sons of the American Revolution (SAR) where he served as Vice President General and held many other offices.

He is survived by his son James A. Shelby Jr. of Independence; a stepson Gregory Hough of Higginsville; and stepdaughters, Cynthia Cowherd of Higginsville; Lori Beck of Higginsville; Amy Lovercamp of Alma; and Lisa Hough of Odessa. In addition to his parents, he was preceded in death by his first wife, Beatrice Jean Glick; his second wife, Judy K. Shelby; a brother, Lt. Col. Frank Shelby; and two sisters, Bette Hanssen and Virginia Shelby.


To order memorial trees or send flowers to the family in memory of Lieutenant Colonel James Albin Shelby, please visit our flower store.