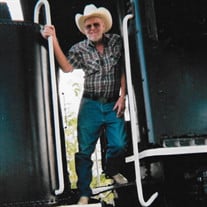 Red was born on September 2, 1940, in Trenton, MO to William Lee and Margaret Lucille (Shaney) McLallen. He graduated from Van Horn High School in Independence, MO. Red was a veteran of the United States Army and served in the 101st Airborne, Vietnam, and was a Green Berets. On June 3, 1970, he was united in marriage to Mary “Deanie” LaDean Stowell in Lee’s Summit, MO. She preceded him in death on May 6, 2016. Red was an over the road truck driver for much of his life working for various companies. In addition to spending time with family and friends, Red enjoyed playing music, singing, his guitar and fishing.

Red was preceded in death by his parents and wife.


To order memorial trees or send flowers to the family in memory of Lester Lee McLallen, please visit our flower store.