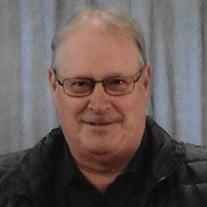 Leroy was born on February 22, 1959, to Ernest LaVern and Nancy Carol (Archer) Lueck in Odessa, MO. He was a 1977 Odessa High School graduate. On June 16, 1979, Leroy was united in marriage to Heleina “Lena” Bray in Henrietta, MO. He worked as a Leadman Forklift Operator for Westrock Shipping Company for 42 years. Leroy was a Baptist by faith. In addition to spending time with family and friends, he enjoyed collecting, coins, Hot Wheels, and baseball and football sports cards.

Leroy was preceded in death by his father and step-mother, LaVern and Helen Lueck; his mother, Carol Himbury; parents-in-law, Jim and Sharon Bray; a sister-in-law, Cherry Coen; and a step-brother, Dennis McCarty.


To order memorial trees or send flowers to the family in memory of Leroy Dee Lueck, please visit our flower store.