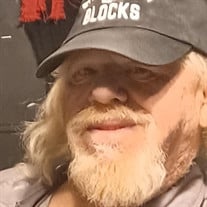 Larry Allan Greenfield, 67 of Odessa, Missouri passed away on Tuesday, March 15, 2022, from injuries sustained in an automobile accident.

Larry was born on September 26, 1954, in Wenatchee, Washington to Berrian and Lillian (Kaastad) Greenfield. He graduated from Wenatchee High School in 1972. On December 15, 1977, he married Tyra Jean Parish in Wenatchee, WA. Larry owned and operated Direct Plumbing in Odessa, MO for 25 years. He also was the Odessa Cemetery Caretaker for the last 10 plus years. In addition to spending time with family friends, Larry enjoyed fishing and his hotrod cars.

Larry was preceded in death by his parents and a sister, Mildred Simpson.


To order memorial trees or send flowers to the family in memory of Larry Allan Greenfield, please visit our flower store.