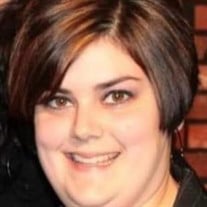 Lacey was born on July 12, 1985, in Independence, MO to James William and Brenda Kay (Swaim) Neidel. She graduated in 2004 from Ft. Osage High School. Lacey received her bachelor’s degree with honors in 2008 from the University of Central Missouri in Warrensburg. She then received her master’s degree in criminal justice in 2011 from UCM. After graduating Lacey worked for Kessinger Hunter as an Armed Guard. She loved her French bulldog Franklin. In addition to spending time with family and friends, she enjoyed cooking, traveling, and drawing.

Lacey was preceded in death by her maternal and paternal grandparents.


To order memorial trees or send flowers to the family in memory of Lacey Danielle (Neidel) Bartlett, please visit our flower store.