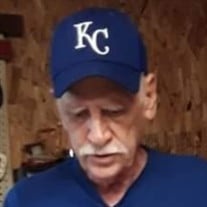 A celebration of life will be held at a later date. Memorials are suggested to the family in care of Les Willard. Memories of Kenneth and condolences for his family may be left at www.LedfordFamilyFH.com or on our Facebook Page. Arrangements have been entrusted to Walker-Nadler-Fuller Funeral Home, 1720 South Street, Lexington, MO, 64067.

Kenneth was born on August 17th, 1946, to James T. and Rosalie (Kelley) Willard. Kenneth worked as a manager at Whitaker Cable Company. Kenneth will be remembered for enjoying time with family and friends, fishing, making stained glass, and playing guitar. He also enjoyed watching NASCAR and supporting the Raiders football and Royals baseball teams.


To order memorial trees or send flowers to the family in memory of Kenneth Laroy Willard, please visit our flower store.