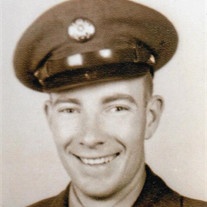 Kenneth Charles Riekhof, 89, of Lexington passed away April 2, 2019 at Lafayette Regional Health Center, Lexington. Memorial service will be Friday, April 5, 2019 at 11:00 am at Trinity United Church of Christ, Lexington. Visitation will also be on Friday at the church from 9:30 until 11:00 am. Burial will be in the Missouri State Veterans Cemetery, Higginsville, at a later date. Memorials may be made to C.A.R., Cancer Assistance Relief. Memories and condolences may be left at www.nadlerfullerfh.com <http://www.nadlerfullerfh.com>.

Kenneth was born December 18, 1929 in Higginsville to Carl and Edna (Erdman) Riekhof. He married Bertha (Lichte) Riekhof in Lexington on January 13, 1952. He served in the United States Army. Kenneth retired after 30 plus years with the United States Postal Service, working as a carrier and assistant Postmaster. He was co-founder and served on the board and as president for 33 years of C.A.R. He was a member of Trinity United Church of Christ, the Lions Club, and Turner Society. Kenneth enjoyed fishing, bowling and helping on family farms.


To order memorial trees or send flowers to the family in memory of Kenneth Riekhof, please visit our flower store.