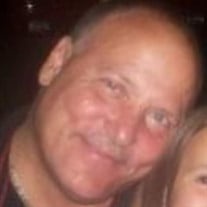 A visitation will be held from 11:00 am to 1:00 pm on Tuesday, January 25, 2022, at Ralph O Jones Funeral Home, 306 S. 2nd Street, Odessa, Missouri, 64076, 816-633-5524. A funeral service will be held at 1:00 pm on Tuesday at the funeral home with interment to follow at Bates City Cemetery, Bates City, Missouri. Memorials are suggested to the family in care of Edward Brown. Memories of John and condolences for his family may be left at www.LedfordFamilyFH.com or on our Facebook Page.

John was born on April 27, 1954, to Edward and Catherine (Vaccaro) Brown in Kansas City, Missouri. He graduated from High School in Kansas City, Missouri and started his career. He worked various jobs including being a Dispatcher for the Jackson County Sheriff’s Department and Pinkerton Security. John was a business owner in the Odessa and Kansas City areas. John was a member of the NRA. In addition to spending time with family and friends, he enjoyed fishing and hunting, collecting, and shooting guns as well as playing Poker.

John was preceded in death by his parents; one grandson, Edward Brown, Jr.; one great-grandson, Rhyder Hudsynn Brown and one brother, Joe Brown.


To order memorial trees or send flowers to the family in memory of John Carl Brown, please visit our flower store.