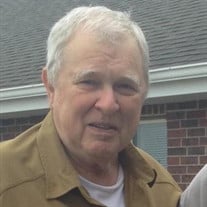 James Wilson Mazick, 81, of Lexington, Missouri formerly of California, Pennsylvania, passed away on Saturday, June 20, 2020 at home surrounded by family.

James was born on September 23, 1938 in Charleroi, PA to Matthew James and Emma Luzella (Wilson) Mazick. He graduated in 1956 from California High School in California, PA. James earned a Bachelor of Science Degree in Mechanical Engineering from Gannon College in Erie, PA. After graduating college, James was employed with GE Plastics. He later owned and operated Erie Mold & Equipment for 10 years and retired from Nova Chemical in 2009. On July 4, 1959 he married Carol Louise (Anderson) Mazick in Erie, PA. She preceded him in death on April 8, 2013. James attended Atlantic Shores Baptist Church in Virginia Beach, VA. After retirement James volunteered at the Sand Bridge Fishing Pier in Virginia Beach, VA. In addition to spending time with family and friends, James was an avid reader, loved going to the beach, home projects and New York Times crossword puzzles.

In addition to his parents, James was preceded in death by his wife who he cared for over 7 years during her long illness.


To order memorial trees or send flowers to the family in memory of James Wilson Mazick, please visit our flower store.