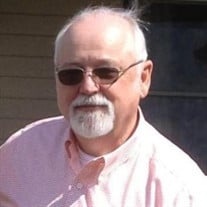 A memorial service will be held on Friday, May 27, 2022, at 12:30 p.m. at Walker-Nadler-Fuller Funeral Home, 1720 South Street, Lexington, MO, 64067, 660-259-2245. Inurnment will follow with military honors at the Missouri Veteran’s Cemetery, Higginsville, MO. Memorials are suggested to the National Veteran’s Service of VFW. Memories of Jack and condolences for his family may be left at www.LedfordFamilyFH.com or on our Facebook Page.

Jack was born on November 4, 1947, to William and Margaret (Everhart) Cobb in Warrensburg, MO. He was raised in Mayview, MO and later graduated from Lexington High School in 1966. Jack enlisted in the US Navy and left for San Diego, CA the day after graduating high school. He proudly served four tours on the USS Henry B. Wilson in the Vietnam War. Upon returning he married Judy Payne on May 8, 1970, in Lexington, MO. Together they made a home in Odessa where they raised their daughter and son. He worked at Armco Steel, retiring after 32 years, in the furnace and served as a Union Rep. Jack has many cherished friends from the plant that he loved to tell stories about. He was involved with several organizations including the United Way, VFW AmVets and American Legion. Jack loved to smoke ribs and used them to lure friends and family over to eat. He was known for his many funny facial expressions, was an expert at wiggling his eyebrows and you always knew he was serious when he gave you the infamous Cobb eyebrow raise. He had a big heart and loved his family and friends deeply. Jack will be missed by so many.

Jack is preceded in death by his parents; and three siblings, Jo Anne McKean, Patsy Hogan, and William Victor Cobb.


To order memorial trees or send flowers to the family in memory of Jack "Mac" McGrew Cobb, please visit our flower store.