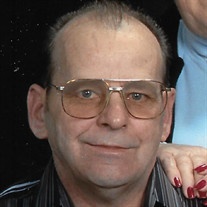 Dale was born on January 14, 1947 in Princeton, MO to Paul Revere and Virginia Mae (McKern) O’Neal. On May 4, 1966 he was drafted into the United States Army. Dale served in the Vietnam War and received several medals including, the Vietnam Service Medal w/1 Bronze Service Star, National Defense Service Medal, Republic of Vietnam Campaign Medal, and the Marksman (Rifle). He was honorably discharged on May 3, 1968 and served in the reserves until May 3, 1972. On August 16, 1987 Dale was united in marriage to Lois June McGrath. He was a mechanic for Wilkinson Service Station and retired after 35 plus years. He was a member of the First Christian Church of Odessa. In addition to spending time with family and friends, Dale enjoyed piddling, being creative, and most importantly, his grandchildren.


To order memorial trees or send flowers to the family in memory of Harley "Radar" Dale O'Neal, please visit our flower store.