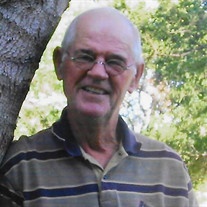 Gil was born on November 8, 1930 in Lubbock, Texas to Gilbert Parker and Jennie Lou (Shepard) Jackson. Gil graduated high school in Odessa, Texas. He was a veteran of the United States Air Force and served in Korea during the Korean War. Gil received injuries there and was hospitalized in Japan & not expected to live. If he lived he was not expected to ever walk again. He returned to the U.S. flat on his back but was not kept down. He survived, walked, ran, played golf and tennis. Gil graduated from Odessa College in Odessa, Texas and received a B.S. from the University of Houston. Gil played professional baseball in 1950 having signed with the Cincinnati Reds, and played in the minor leagues with the Odessa Oilers, Tyler Roses and San Antonio Missions. He retired after 28 years of service from Schill Steel Company in Texas. During his career he started as a Sales Representative in Houston, Area Manager in San Antonio, District Manager in Dallas and Executive Vice President of Operations in Houston. On May 31, 1987, Gil married Ruth (Robertson) Jackson at Round Grove Church in Lewisville, Texas. In 1992 Gil and Ruth moved to Marlow, Oklahoma. In Marlow he was active in the Republican Party, Marlow Lions Club, Marlow Samaritans, Friends of the Library, Marlow Library Board and the Sunday School Department of the First Baptist Church. In January 2014 Gil and Ruth moved from Marlow to Blue Springs, MO to be near family. They joined the First Baptist Church in Odessa, MO.

In addition to his parents, Gil was preceded in death by a sister Mallie Lou Jackson-Shaw.


To order memorial trees or send flowers to the family in memory of Gilbert Shepard Jackson, please visit our flower store.