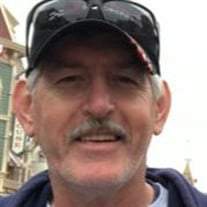 A graveside service will be held at 2:00 p.m., Wednesday, December 2, 2020 at the Odessa Cemetery in Odessa, MO. In lieu of flowers, memorials are suggested to the First Baptist Church in Odessa. Memories of Gary and condolences for his family may be left at www.LedfordFamilyFH.com or on our Facebook Page. Arrangements have been entrusted to the Ralph O. Jones Funeral Home, 306 S. 2nd St., Odessa, MO, 64076, 816-633-5524.

Gary was born on September 1, 1955 in Moline, Illinois to Richard H. Short, Sr. and Audrey (Wigant) Short. On November 15, 1975 he married Brenda Jean (Salisbury) Short in Coal Valley, IL. Gary received his certificate in Motorcycle Mechanics in 1986 from the Motorcycle Mechanic Institute in Phoenix, Arizona. He was currently employed with Lee’s Summit Dodge where he worked as a mechanic. Gary attended the First Baptist Church in Odessa, MO. In addition to spending time with family and friends, Gary loved fishing.

Gary was preceded in death by his parents and a sister, Mary Ann (Short) Montegna.


To order memorial trees or send flowers to the family in memory of Gary Dean Short, please visit our flower store.