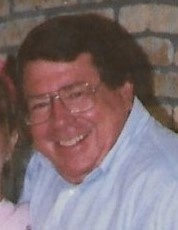 Fred was born on July 29, 1936, to Joe and Nellene (Balllinger) Wilson in Springfield, Missouri.  After graduating from Pleasant Hope High School in 1954, he attended the University of Missouri before completing his bachelor’s degree from William Jewel College.  Fred was united in marriage to Carol Sue (Jones) Wilson, she preceded him in death.  He worked as an area manager feed salesman for Columbia Hog and Powder for over 30 years.  Fred was an active member of Calvary Baptist Church, serving as deacon and teaching Sunday School.  In addition to spending time with family and friends, he was an avid gardener and enjoyed doing yardwork.

In addition to his wife, Fred was preceded in death by his parents, and a brother, John David Wilson.

To order memorial trees or send flowers to the family in memory of Freddie "Fred" Joe Wilson, please visit our flower store.