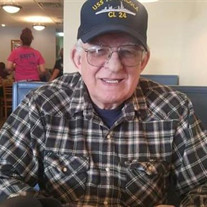 Emmett "Glenn" Shank, 74, of Lexington passed away June 18, 2019 at Centerpoint Medical Center. A memorial service will be Friday, June 21, 2019 at 11:00 am at the First Baptist Church of Lexington. Visitation will also be on Friday at the church from 10:00 until 11:00 am. Memorials may be made to the First Baptist Church. Memories and condolences may be left at www.ledfordfamilyfh.com <http://www.ledfordfamilyfh.com>.

Glenn was born July 17, 1944 in Mishawaka, Indiana to Emmett and Anne Marie (Roberts) Shank. He married Penny Freed on February 13, 1970 in Grand Island, Nebraska. Glenn worked as an independent truck driver. He was a member of the NRA, the Amateur Trapshooting Association, Quail Unlimited and OOIDA. He was the 1985 Missouri State Singles Trapshooting Champion.

Glenn is survived by his wife, Penny, of the home; son Pastor Michael Shank and wife Mischelle of Bucklin, Missouri; and grandchildren, Kaylee, Laney and Mason. He was preceded in death by his parents; two sons, Lee and Lance Shank; and brother, Perry Shank.


To order memorial trees or send flowers to the family in memory of Emmett Glenn Shank, please visit our flower store.