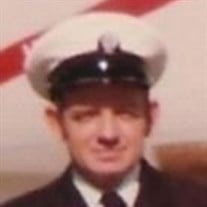 Elton was born on January 30, 1942 in Levasy, MO to George and Mildred (Sumpter) Miller. Elton served 20 years in the United States Navy and retired as an E-6. During his time in the Navy he earned three Good Conduct Medals, Meritorious Unit Commendation and Navy Unit Commendation, and Armed Forces Expeditionary Medals. After retiring from the Navy, Elton started trucking as an over the road truck driver. He drove for 20 plus years for various companies before retiring for the second time. Elton was a member of the VFW. On August 23, 1961 he married Mary (Morris) Miller in Higginsville, MO. In addition to spending time with family and friends, Elton enjoyed watching football.

In addition to his parents, Elton was preceded in death by two brothers, Roy and Jimmy Miller; and a sister, Darlene Morris.


To order memorial trees or send flowers to the family in memory of Elton Everette Miller, please visit our flower store.