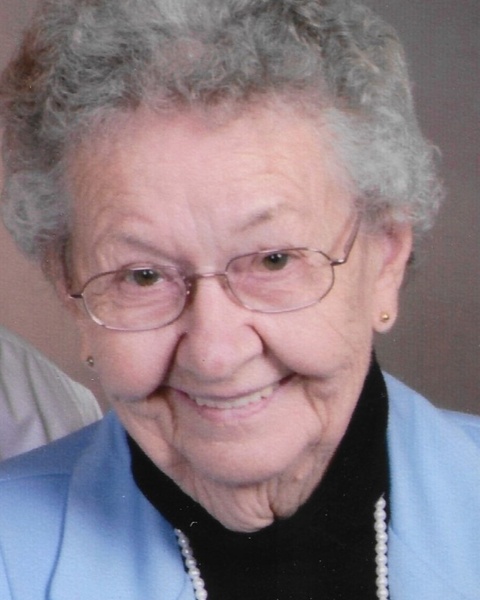 Edith “Faye” (Lammers) Stoll, 93, of Odessa, Missouri, passed away on Monday, October 10, 2022, at Villages of Jackson Creek in Independence, MO.

Faye was born on December 27, 1928, to William and Matilda (Munster) Lammers in Pleasanton, Nebraska.  She graduated from Pleasanton High School.  On November 13, 1951, Faye was united in marriage to James Aubrey Stoll in Kearney, Nebraska.  They were married for 69 years and he preceded her in death on January 14, 2021.  Faye was a homemaker.  She was a member of the First United Methodist Church of Odessa and United Methodist Women.  Faye was a volunteer for the Odessa Senior Center and a “Bell Ringer” for the Salvation Army.  In addition to spending time with family and friends, Faye enjoyed needlework, sewing, counted cross stitch, and embroidery.  She was famous around town for her cherry pies and bourbon balls, and had quite the green thumb.

In addition to her husband and parents, Faye was preceded in death by a brother, Warren Lammers; two sisters, Lucille Gilster and Minnie Bauer; and an infant sibling.

To order memorial trees or send flowers to the family in memory of Edith "Faye" (Lammers) Stoll, please visit our flower store.