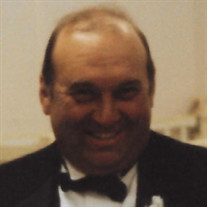 Doug was born on July 8, 1948 to Forest Lee and Doreen F. (Goold) Renick in Odessa, MO. He graduated from Odessa High School in 1967. On April 20, 1969 Doug was united in marriage to Shirley Ann Eastabrooks in Lexington, MO. She preceded him in death. He retired from IUOE Local 101of Kansas City as a heavy equipment operator. Doug was a member of the First Christian Church of Odessa and the VFW Post 5675. In addition to spending time with family and friends, Doug loved sports, NASCAR, and traveling to Las Vegas for the National Finals Rodeo.

In addition to his wife, Doug was preceded in death by his parents and one grandchild, Harper Meinershagen.


To order memorial trees or send flowers to the family in memory of Douglas Lee Renick, please visit our flower store.