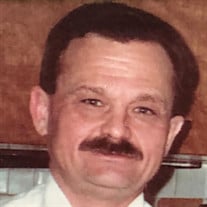 Due to restrictions at this time, the family will host a celebration of life at a later date. An inurnment will take place at the Big Creek Cemetery in Bosworth, MO. Memories of Doug and condolences for his family may be left on our website www.LedfordFamilyFH.com or on our Facebook Page. Arrangements have been entrusted to Ralph O. Jones Funeral Home, 306 S. 2nd Street, Odessa, MO, 64067, 816-633-5524.

Doug was born on November 27, 1954 in Carrollton, MO to Robert “Bob” Allen and Demma Jo (McFadden) McAfee. He graduated from Frankfort Community High School in West Frankfort, IL in 1972. After graduation Doug moved to Missouri and worked for his father in the pipeline industry. He worked for the United States Postal Service and later retired as a pressman from The Kansas City Star.

In addition to his mother, survivors include three sisters, Vicki Stubblefield of Odessa, MO, Kim Amos and husband, Ralph of Grain Valley, MO, and Lori Mitchell and husband Dennis of Odessa, MO; one daughter; two grandsons; and many nieces and nephews.

In addition to his father, Doug was preceded in death by an infant brother and sister and a nephew, Joshua A. Amos.


To order memorial trees or send flowers to the family in memory of Douglas Allen McAfee, please visit our flower store.