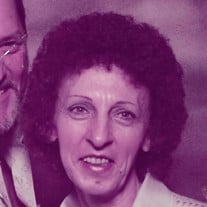 Dorothy was born July 6, 1936 in Lexington, Missouri to Harry and Bertha Heiple. She married Edgar "Gene" Eugene Wilson on November 4, 1955 in Higginsville, Missouri. He preceded her in death November 24, 2000. Sissy loved spending time with her family and friends and enjoyed sewing, cooking, gardening, camping and playing cards.

She was preceded in death by her parents and her husband.


To order memorial trees or send flowers to the family in memory of Dorothy Carol Wilson, please visit our flower store.