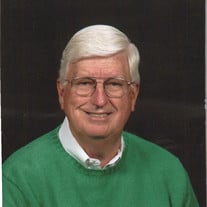 Don was born on October 1, 1937 in Fayette, MO to Raymond Foster Slater and Mable Louise Ewens. He graduated in 1955 from New Franklin High School and later in 1961 received his Bachelor’s Degree in Business from the University of Missouri in Columbia, MO. On June 5, 1958 Don was united in marriage to Judith Ann Hendrix in New Franklin, MO. He was the State Farm Agent in Odessa, MO for 49 years. Don was a member of the Calvary Baptist Church in Odessa. In addition to spending time with family and friends, Don enjoyed watching the Royals, Cardinals, Missouri Tigers, and Chiefs games.

In addition to his parents, Don was preceded in death by one brother, Bill Ballew.


To order memorial trees or send flowers to the family in memory of Donald Ray Slater, please visit our flower store.