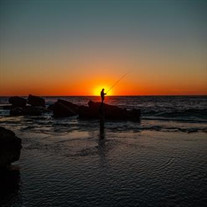 David Lee Coen, 71, of Independence, formerly of Lexington, passed away February 16, 2019 at his home. Funeral service will be Friday, February 22, 20149 at 2:30 pm at Walker Nadler Fuller Funeral Home, Lexington. Visitation will also be on Friday at the funeral home from 1:30 until 2:30 pm. Burial will be in Machpelah Cemetery, Lexington. Memorials may be made to North Kansas City Hospice.

David was born and raised in Lexington, to parents, Robert A. and Margaret (Mizell) Coen. He spent 30 years driving for Greyhound bus lines. During this time he served as driver, instructor and union steward. David was able to see all 48 continental states and parts of Canada and Mexico during his time with Greyhound.

David is survived by his daughter, Dana Barnard and her companion, James Powell, III of Independence; grandchildren Syvanna Powell (Silly Girl) and James A. Powell I (Knucklehead) of Independence; brothers, Mike Coen of Napoleon and Leonard Coen of Higginsville; sister, Trudy Penny of Lexington; many nieces and nephews and several special kids. He was preceded in death by his parents; special friend, Cheri Barnard; brothers, Robert Allen Coen and Ralph Coen; and sisters, Annabelle Coen, Virginia “Jenny” Karas, Mary Jackson and Teresa Coen.


To order memorial trees or send flowers to the family in memory of David Lee Coen, please visit our flower store.