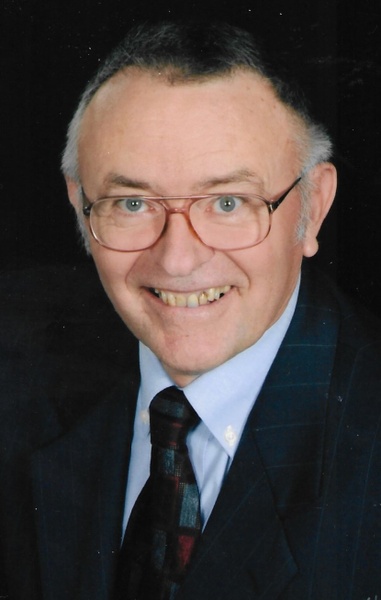 Dr. David Carlyle was born June 9, 1938, to Lloyd and Muriel Carlyle in rural Johnson County, MO near Odessa.  After graduation from Odessa High School in 1956, he attended the University of Missouri in Columbia, MO. While there, he earned a B.S. degree in chemical engineering and went on to be employed at Proctor and Gamble in Kansas City, MO.

David moved his family to Iowa and received his doctorate in chemistry from Iowa State University. His studies didn’t end there but continued at the University of Colorado for post-doctoral work. Afterwards he became a professor at Texas Tech University in Lubbock, TX from 1970 to 1973.

In the summer of 1973, David left academia to move back to his hometown of Odessa, MO and farm his father’s farm.  To supplement the farm income, he taught junior and senior high school in the Odessa school system.  He farmed full-time for several years before starting his own remodeling business.  This led to the purchase of a Kitchen Wizards franchise which he operated until his retirement in 2003. After retirement, David continued to work part-time to stay busy.  These jobs included Heritage Motors, Action Products, Sears, and a downtown Odessa bookstore.  He also authored six fictional novels.

David passed away on July 15, 2022, in Columbia, MO. He was preceded in death by his parents, Lloyd and Muriel Carlyle, and his son-in-law, Jeff Bandy.  He is survived by his wife, Norma Adair, a sister, Vivian Carlyle Zehr, his daughters, Gailynn Schollars (David), Leanne Bandy, and Linda Hopkins (Jason), ten grandchildren, and ten great-grandchildren.

To order memorial trees or send flowers to the family in memory of David Wesley Carlyle, please visit our flower store.