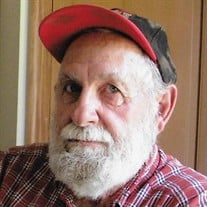 Visitation will be held from 1:00 p.m. to 2:00 p.m., Monday, January, 28, 2019 at the Ralph O. Jones Funeral Home, 306 S. 2nd St., Odessa, MO, 64076, 816-633-5524. Funeral services will be held at 2:00 p.m. Monday at the funeral home. Burial will be in the Odessa Cemetery. Memorials are suggested to the Cystic Fibrosis Foundation or the American Alzheimer’s Association. Memories of Dale and condolences for his family may be left at www.ralphojones.com or on our Facebook Page.

Dale was born on February 11, 1938 in St. Joseph, MO to William John and Mary (Bally) Wheeler. He graduated in 1956 from King City High School in King City, MO. Dale earned a double bachelors degree in Agriculture and Engineering from the University of Missouri in Columbia, MO. While attending college he served as the assistant manager of the theater in Columbia. On August 12, 1960 he married Julia (Shiveley) Wheeler in Columbia. She survives of the home. Dale worked as a student trainee with the NRCS for three summers. He served for several years on the Tabo Watershed Board in Higginsville, MO. Dale was a member of the Lexington Young Farmers, the Lafayette County Cattleman Association and a two time past President of the Mayview Lions Club. Dale farmed for the past 55 years.


To order memorial trees or send flowers to the family in memory of Dale W. Wheeler, please visit our flower store.