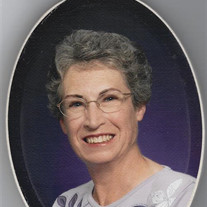 Cynthia was born August 20, 1941 in St. Louis to Reginald and Mary Jane (Waydelich) Snyder. She married Fred Day November 11, 1960 in Odessa. She had worked for Advanced Industries, was a past member of the Rainbow Girls and was a member of the First United Methodist Church of Odessa.

Survivors include, her husband, of the home; daughters, Eileen Corbit and husband Jerry of Bates City and Kathleen Finkemeier of Odessa; brother, Mike Amis and wife Linda of California; seven grandchildren and seven great grandchildren. Cynthia was preceded in death by her parents and grandson Cody Finkemeier.


To order memorial trees or send flowers to the family in memory of Cynthia Gay Day, please visit our flower store.