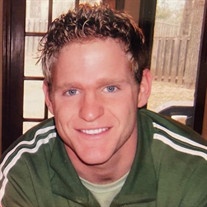 Clayton Riley Moore passed away on Friday, December 10, 2021, in West Jordan, Utah, where he lived the past four years.

Clayton was born on December 4, 1984, in Independence, MO. He attended Odessa High School and graduated in 2003. Clayton studied to become a phlebotomist and worked at several area hospitals before moving out of state where he continued his career in the health field. Clayton was loved by so many. He was a beloved son and brother and a loyal friend. He will be remembered for the way he loved people unconditionally. He had a great smile and a hilarious sense of humor.

Clayton was preceded in death by his grandparents, Joseph Moore of Independence, MO, Stephany James and Frederick Gann of Odessa, MO.


To order memorial trees or send flowers to the family in memory of Clayton Riley Moore, please visit our flower store.