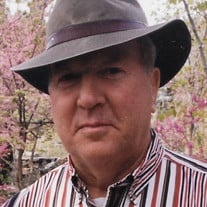 Claude was born on June 2, 1932 in Independence, MO to Emmette Rodger and Kathryn (Wells) Boyle. He graduated in 1950 from Odessa High School then attended the University of Missouri in Columbia, MO. On November 24, 1962 he was united in marriage to Mary Elizabeth (Wallis) Boyle in Kansas City, MO. Claude began his career raising black angus cattle in Chapel Hill. He then worked for Reich Mushrooms in Kansas City and Odessa, United Transport and for the last 25 years of his working life he worked for Daniels McCray Lumber Co. in Kansas City, KS as a truck driver. He was a member of the First United Methodist Church in Odessa, the Teamsters Local 541 in Kansas City and the Sports Car Club of KC. In addition to spending time with family and friends, Claude enjoyed woodworking and gardening.

In addition to his parents, Claude was preceded in death by a brother, E. Rodger Boyle; and a brother-in-law, Commander John Raymond.


To order memorial trees or send flowers to the family in memory of Claude Wells Boyle, please visit our flower store.