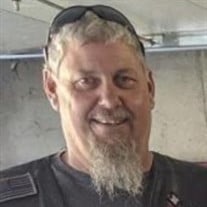 Bryan was born on July 14, 1966 in Kansas City, MO to Gus and Mary (Wilson) Sanders. He was a graduate of Odessa High School. On July 28, 1995 Bryan was united in marriage to Annisa M. Dyke in Independence, MO. He was a bus driver for Apple Bus Company for the Odessa school district. Bryan was a member of the FORR Local 14. Bryan enjoyed spending time with his family and friends and riding his motorcycle.

Bryan was preceded in death by his father.


To order memorial trees or send flowers to the family in memory of Bryan Heath Sanders, please visit our flower store.