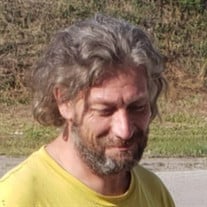 Billy Jack was born on June 10, 1973 in Kansas City, MO to Billy Ray and Sally Ann (Pankey) Smith. He graduated with the William Chrisman High School Class of 1991 in Independence, MO. In addition to spending time with family and friends, Billy Jack enjoyed watching WWE wrestling, Chiefs games, and cutting the grass.

Billy Jack was preceded in death by his father, Billy Ray Smith.


To order memorial trees or send flowers to the family in memory of Billy Jack Smith, please visit our flower store.