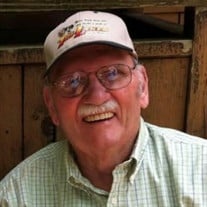 Bill was born July 18, 1939, in Collins, MO and raised by his aunt & uncle Ruth and Bill Jackson. He graduated in 1957 from Collins High School in Collins, MO. After high school he started helping a local farmer, bailing hay, hauling milk, and raising cattle. After farming, Bill had various trucking jobs until he went to work for Ferrellgas in 1977. Bill then went to work for Salley’s Propane in 1992 and retired in 2008. On October 27, 1967, he was united in marriage to Sharon Kay Houk in Belton, MO. She preceded him in death on November 4, 2016. Bill served on the board and was past president of the Odessa Fire Protection District for 2 terms. In addition to spending time with family and friends Bill loved hunting, fishing, watching baseball, and hanging out at the local gas station chatting with the locals.

In addition to his wife, aunt and uncle, Bill was preceded in death by a grandson, Daniel Sells; two brothers, Bob Jones and Terrell McKinney; a son-in-law, Rick Sells; two brothers-in-laws, Denton Daniels and Doyle Houk and wife Esther; and a sister-in-law, Betty Daniels.


To order memorial trees or send flowers to the family in memory of Bill Jones, please visit our flower store.